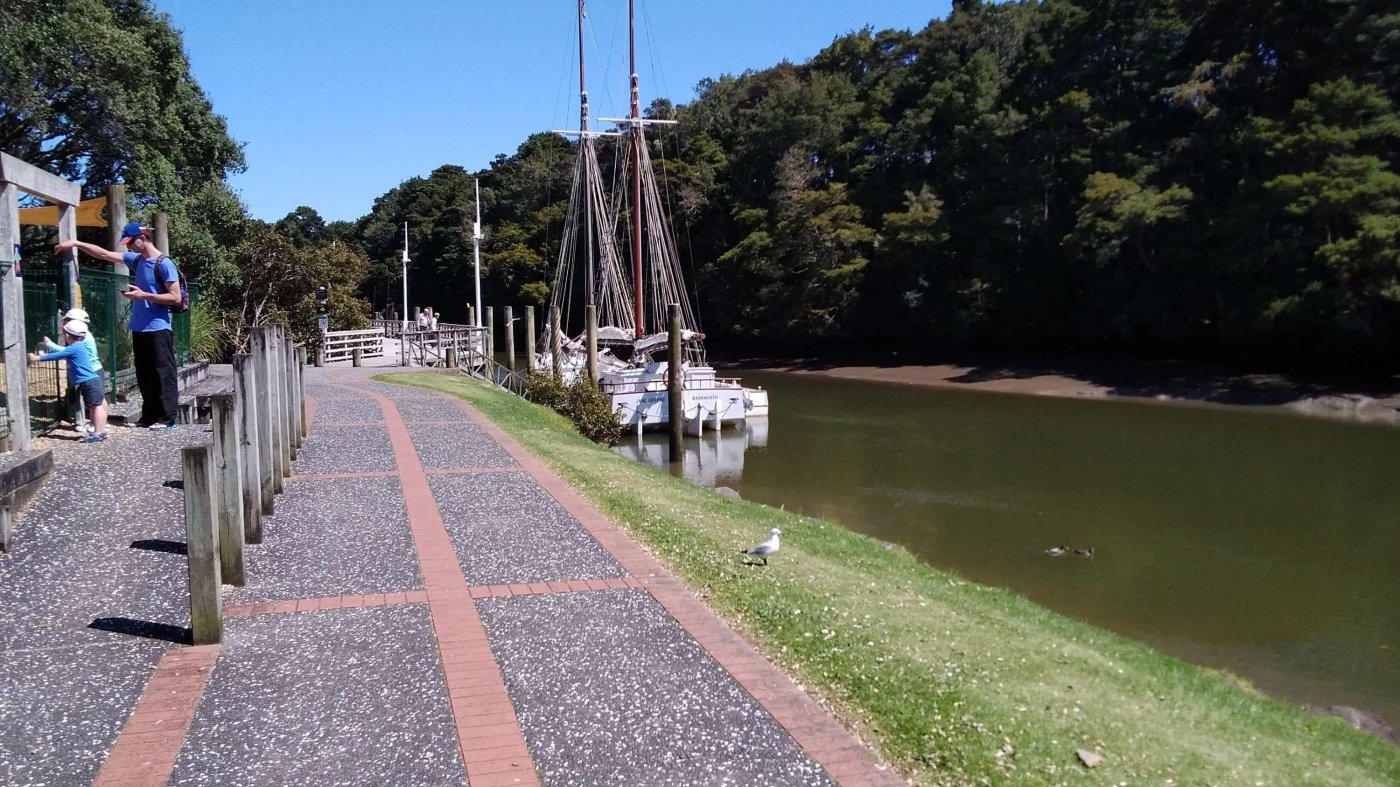 Holiday weekends and crazy traffic, rejoining the track from Warkworth was no easy feat which rubbed salt into the rugby wounds but eventually I made it, but it ment a detour and road walk missing a small section of trail .Although the tides weren’t in my favour for the paddle from Puhoi they were perfect for the walk around the coast, making it scrambling round Hatfield point with minutes to spare and on to Owera Beach, a mini Gold Coast overflowing with people taking the weekend out of Auckland. Oh more rugby sorrows making me completlely neutral for next weekend’s game. A walk through Silverdale down to Stillwater and the Okura estuary crossing, when they say cross at low tide I realised they mean it as my pack floated me off the bottom, another 15 mins and Syd and I would have had to swim across, glad I had extended the walking poles to help propel me across. Next stop was Long beach before the North Shore Coastal walk through some pricey real estate and down to Takapuna. I crossed into Aucland city and the YHA, they may have reasonable priced accomadation but they make there money on the extras. It’s a long walk through Auckland exploring numerous green spaces then around the Mangure Harbour to Ambury Farm park, an Oasis in the middle of suburbia, I so needed a day off here but a rabbit shoot ment the camp was closed for the next night. More suburbs and down through Dury to where a new subdivision to house 60,000 people is under way. I guess that will make Dury New Zealand’s next city (but probably just a suburb of Auckland ). At last on the southern outskirts of Auckland into Ramarama and an overdue day off. No where to watch the 2 rugby games, if the finals good I’m sure it will be replayed. Next rest stop Hamilton then the trail goes wilderness again.